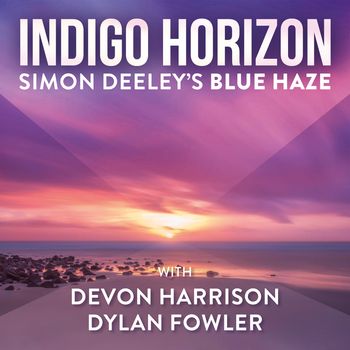 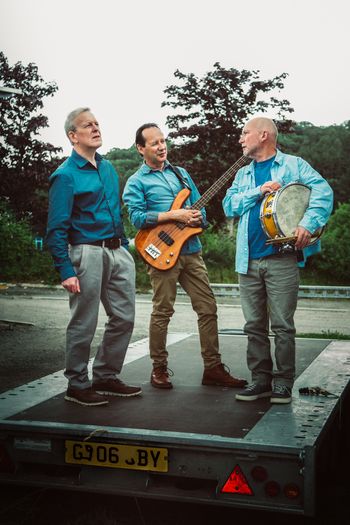 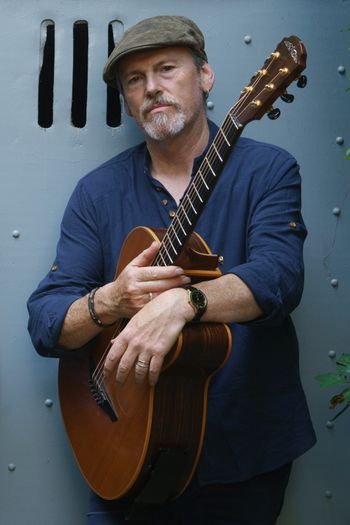 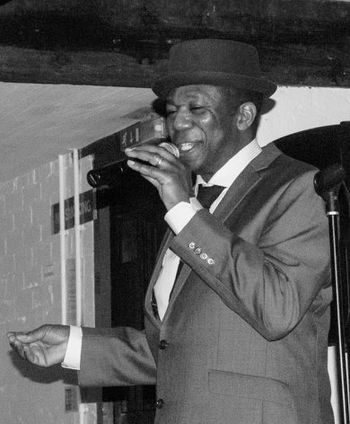 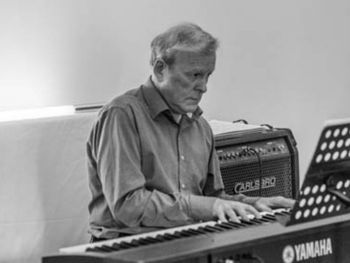 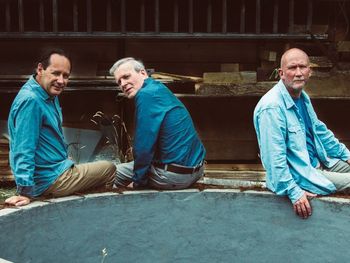 Up until recently Simon's output has been created for instrumental combinations (primarily his trios and quartets), however, this changed in 2019, when the initial idea for a first song first saw the light of day. Simon had thought, for sometime that, several of his  compositions would very likely work well if, reworked into songs.

He finally got down to making this happen in the spring of 2019, when he started work on crafting Blue Blues Horizon. This was created from a blues/gospel number,  originally written for his 2016 album Crossing Borders. The inspiration for the title and lyrics was sparked by his great love and appreciation of the rolling vistas and special atmosphere of his Welsh Borders home and its, often, hazy-blue hills with their effect of engendering reflection. The new song was dually completed by that summer. He then considered other options for a follow-up song, resulting in the choice of Free Spirit , a strong-swinging bluesy tune he'd written several years earlier. He then got on and created lyrics to this tune. Keeping the same title (as for the instrumental) this song was completed in the autumn of 2019. Both songs were then ready to record in early 2020. A March recording date was set but, of course, had to be cancelled, due to 'lockdown' coming into force. After nine months of trying to find a window to record, the two songs were, finally, recorded in early December, after restrictions were lifted, briefly, in Wales.

A strong-grooving, blues-infused song, that paints a         picture of that perfect day  - the one we all look for - that, 'great day' as the song says.  (music/lyrics - Simon Deeley)

Visit this page on and after 23 April to listen to the new release.

Devon is a consummate, versatile artist, who's vocal career sees him performing in genres ranging from jazz, blues and soul, through, Broadway stage and show performance to opera and classical recital.

Among many career highlights, are: his featured role in the Billie Holiday  Story, memorable European tours with the legendary soul singer Eddie Floyd, featured role in Showboat  for Raymond Gubbay Productions and, most recently, performing in the English National Opera's staging of George Gershwin's Porgy & Bess.

Spending his early years in South Wales, UK, after relocation from his place of birth Tripoli, Libya, Dylan Fowler has forged a career as an acclaimed, international guitar soloist, in the first rank.

His music is a fusion of European Jazz and traditional Celtic Folk, the melding of which, has given him his own distinctive musical language.

Dylan's main focus, in the earlier part of his career (1980's/90's) was on contemporary jazz but, the late 1990's early 2000's saw him seriously moving into the world of folk and traditional music, although he continued to maintain a strong interest in European Jazz, after this change of genre.

Dylan is currently involved with several bands and projects, which are regularly on tour, both nationally and internationally, foremost amongst these are - ALAW, Celtic Guitar Journeys and Tyhai. A recent high point for his Welsh trio ALAW, .was their performance in the BBC Folk Proms at the Royal Albert Hall in 2018.

Dylan is, of course, always very much in demand, as a solo performer, at festivals and concert series, on the international circuit.